All Categories ​ > ​ ​Clone Drone in the Danger Zone ​ > ​     Will there be more multiplayer matchmaking modes? (Team play, etc.)

Will there be more multiplayer matchmaking modes? (Team play, etc.) 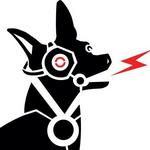 Updated 2 years ago by Doborog Team 🤗

We don't currently have plans for additional matchmaking modes, but there's a chance that could change in the future.

Unfortunately considering adding support for more multiplayer modes depends heavily on the number of players of the game. Without many many more players, matchmaking can't take skill into account, for example.

We're definitely hoping to get more players into the game!

Where can I find players for custom matches?

Thanks to our awesome community, there are now a few places you can find partners for online play. Some organize team Last Bot Standing matches, or skill-based duels.

How did we do?

Powered by HelpDocs (opens in a new tab)